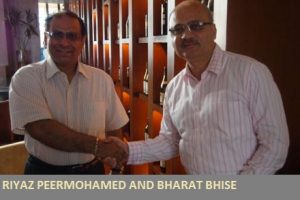 SYDNEY /PRNewswire/ – Hong Kong Aviation Capital (“HKAC”), a leading investor in the global aviation sector, today announced new leases of three (3) new Airbus 320 aircraft to IndiGo Airlines of India. The leases will start on delivery of the aircraft new from Airbus to IndiGo in 2011. In addition, HKAC announced the agreement by IndiGo to extend the leases of four (4) existing A320 aircraft.

The three (3) new A320s will be delivered at manufacturer list prices totaling approximately US$ 200 million, and will be on lease to the airline for a period of six (6) years. HKAC is closing the purchase of the new aircraft with support from significant Chinese banking and financial institutions. Upon delivery of the new aircraft, HKAC will have a total of ten (10) A320s on lease to IndiGo. The transaction expands its existing 68 aircraft portfolio with assets totaling approximately US$ 3 billion.

HKAC is an Aviation leasing and investment company that includes HNA Group Co., Ltd., China and an affiliate of Bravia Capital, New York as shareholders.

Following the successful acquisition of the Allco aviation portfolio in January 2010, HKAC has transitioned the existing fleet and management, brought on key senior hires, and adopted a new business plan, to leverage its significant capital position by providing liquidity to operators with a target of growing the business to a top 5 operating lessor.

Mr. Mathis Shinnick, CEO of Hong Kong Aviation Capital said: “The announcement of this deal, coming so quickly after the transition of HKAC’s business model, demonstrates HKAC’s strong ambitions in the aircraft leasing business and is an important step in the company’s continued development and global expansion.”

“We are delighted to have completed yet another transaction with IndiGo as one of their largest lessors. With the completion of this deal, HKAC will have ten (10) aircraft on lease to Indigo, demonstrating our commitment to the airline,” Mr. Shinnick said.

“This transaction demonstrates our belief in the business model of IndiGo and its continued success. We believe IndiGo is a very well-run airline in India, as evidenced by its proven profitability, strong operating metrics, and balance sheet stability. We believe this deal will be very positive for HKAC, its shareholders, and the airline,” he said.

“HKAC plans to continue expanding our global presence and building our fleet by actively seeking business with top-tier lessees across the world,” he said.

Mr. Bharat Bhise, CEO of Bravia Capital Partners said: “We are extremely optimistic about the Indian aviation market. Following the 2008 downturn, India has seen one of the strongest rebounds globally and current demand levels and load factors are the highest ever. IndiGo has set the standard for the LCC space in India by profitably running an airline despite daunting hurdles of high costs primarily as a result of poor infrastructure.”

“In the next year IndiGo will add 18 more aircraft over their current base increasing their market share of the Indian market from 11.7% in 2008 to almost 16% today. As a shareholder of HKAC, we are pleased by the announcement of this transaction and look forward to the company completing more transactions in India and globally,” Mr. Bhise said.

ABOUT BRAVIA
Bravia Capital is a leading investor and advisor in the transportation (including aviation and shipping), logistics, and related growth industries. The team at Bravia has a long history of achievement in investment management and structuring complex financial instruments. For more information, please see: braviacapital.com.