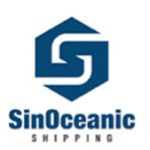 Bravia Capital Partners (Bravia) and its Chinese co investors, today announced their plans for the next phase of growth following their recent acquisition of a 33.33% shareholding in GTB Invest ASA (GTB), the listed Norwegian offshore services company. The investment is held by Oceanus International Investment AS, GTB’s largest shareholder.

Following an Extraordinary General Meeting of GTB on June 10, GTB now has a rejuvenated Board of Directors and management team and steps have already been taken to adopt an outline Business Plan to transition the company into a ship owning/ship financing entity.

Mr. Bharat Bhisé, CEO, Bravia Capital Partners, said: “The renewed focus for GTB is very positive for all shareholders. The plans are a reflection of our commitment to the Asia-Pacific and European markets, and the investment in GTB will provide the opportunity for us and our partners to build on its position as a major investor and participant in the world shipping business.”

“This is another exciting development in our international investment strategy, following our acquisition of the aircraft leasing assets and business of Allco Aviation earlier this year, since rebranded as Hong Kong Aviation Capital. We are already seeing positive outcomes from that investment and we look forward to the further development and expansion of GTB in the future.”

GTB has a full listing on the Oslo Stock Exchange, with 3,500 shareholders.

ABOUT BRAVIA
Bravia Capital Partners is a New York based advisory, structured financing and fund management entity with a primary focus on transportation projects in Europe and Asia. The Bravia Capital website can be found at braviacapital.com.