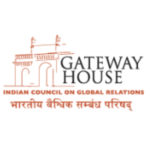 The Center for a New American Security (CNAS) welcomed Bharat Bhisé, CEO and Founder of Bravia Capital; Matthew Scott, Co-Founder and President of MissionTech Solutions; and Dan Wright, CEO of DataRobot, to the CNAS Board of Advisors. As members of the Board, they will contribute to the development and execution of the organization’s intellectual agenda.

“I’m pleased to welcome Bharat, Matt, and Dan to the Board of Advisors,” said CNAS CEO Richard Fontaine. “Their decades of leadership in global transportation, finance, and technology will lend valuable perspective to the Center’s work on key policy issues.”

Bharat Bhisé has been an executive, investor and a leader in the global transportation, leasing, and logistics industries with deep knowledge and understanding of supply chains and of aviation & marine financing, leading and managing US$40 billion in transportation finance businesses. Bharat founded Bravia Capital in 2000. Initially founded as an advisory firm to Boeing Capital and Israel Aircraft Industries, Bravia emerged as a leading provider of capital, first into China, and then after the global financial crisis in 2008, out of China. Mr. Bhisé has served on six major multi-billion operational boards as the primary non-management director with executive authority. Preceding Bravia, Mr. Bhisé worked as a COO/CEO/Director of several global transportation and finance companies in three continents. Mr. Bhisé and his wife, Swati Bhisé, have spent decades working on and promoting gender equity and parity issues, providing support to women running for political office and economic sponsorship of women-owned businesses.

Matt Scott, an Army intelligence veteran, is the Co-Founder and President of MissionTech Solutions, an Avantus Federal Company. His expertise includes delivering and scaling emerging technologies and data-driven mission capabilities for the U.S. Intelligence Community. Prior to founding MissionTech, he held multiple leadership positions at Booz|Allen|Hamilton and PricewaterhouseCoopers. Mr. Scott is a voice for change in how the Intelligence Community leverages technology, open sources, and its workforce. In addition to his position on the CNAS Board of Advisors, he also serves on the Board of Trustees of the Intelligence and National Security Foundation, where he has led public-private partnership efforts on Intelligence Community technology, talent, and diversity. Mr. Scott is an alum of Syracuse University’s Maxwell School, where he earned a Master of Public Administration and a bachelor’s degree.

Dan Wright currently serves as CEO of DataRobot, where he sets the strategic direction and manages the company’s fast-growing business operations around the world. DataRobot is a leader in enterprise AI, with the vision of enabling all organizations to use AI to solve their hardest challenges. The company was recently named to Forbes’ Cloud 100 and AI 50 lists and earns funding from some of the world’s best investing firms, including Altimeter, NEA, Sands Capital, and Sapphire Ventures. Previously, Mr. Wright served as the COO of AppDynamics. During his nearly seven years at AppDynamics, it became the largest and fastest-growing application performance management (APM) vendor. It was named a leader in the Gartner Magic Quadrant for APM for seven years in a row and recognized as one of Glassdoor’s Best Places to Work. Mr. Wright hails from Auburn, CA, and currently lives in San Francisco. He received his bachelor’s degree from Pepperdine and his JD from Boston College. He married his college sweetheart and is father to three children, including twins.
For more information, contact Shai Korman at comms@cnas.org or call 202-695-8166.