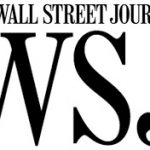 The Asia Venture Capital Journal conference in Hong Kong, where private-equity bigwigs hobnob each year, kicks off this week. And it should come as no surprise that with the economic mess in the U.S. and Europe, every big-name private-equity executive booked his first-class ticket to Hong Kong.

“The global investment community understands that Asia’s fundamentals will drive much faster economic growth over the next two decades than will be possible in the advanced Western economies,” said Nick Bloy, managing director at Malaysia-based private-equity company Navis Capital Partners. “So understandably, practically every private-equity investor that one might wish to meet, or who wishes to meet you, is at the AVCJ Forum.”

With the event now in its 24th year, the focus will undoubtedly still be on China, though the mood has noticeably shifted from last year. In 2010, TPG founding partner David Bonderman gave a bullish speech extolling the growth opportunities in a country where there are “243 cities…with over a million people.” TPG was on the cusp of opening a new office in Chongqing as investors started to take note of the vast opportunities that lay beyond China’s coast and first-tier cities.

Fast-forward a year, and the topics slated for discussion include whether China is overheating, and whether there’s any appetite for Chinese technology companies — a burning question for investors who may like to dip their toes into the country but are rightly concerned about the spate of negative news on China this year.

The investment firms have money to put to work. Data from AVCJ in September showed that $30.2 billion has been raised in Asia in 2011, representing a 16% year-on-year increase. China fund raising had already surpassed the 2011 full-year total of $17.7 billion, with commitments of $20.8 billion so far.

And the interest in yuan-denominated funds continues as big names such as Carlyle and Blackstone Group have successfully closed funds in China, and Chinese insurers are now allowed to invest up to 5% of their assets in private equity.

Besides China, investors will also discuss whether India is living up to expectations, or what sorts of prospects urbanization in Southeast Asian markets like Indonesia and Malaysia will bring for investors.

Bharat Bhise, chief executive officer of Bravia Capital advised in the purchase of GE SeaCo, General Electric Co.’s shipping container lessor earlier this year — said one of the reasons India is still a comparatively difficult place to do deals is the high cost of capital. However, he says investors can give themselves an advantage over domestic players if they can finance their debt overseas.

Still, he admits that corruption remains a pervasive problem in the country, and highlights Indonesia as a “good example of a country which has turned around its reputation of being a corruption-prone market.”

Update: A quote by James Coulter in a previous version of this post referred to last year’s conference, not the current conference.