An Outlook for 2020: Q&A With Bravia Capital’s Bharat Bhise 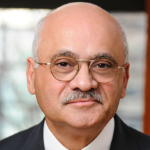 With offices in New York, Hong Kong, Mumbai, Seoul and Hanoi, Bravia Capital’s Founder and Chief Executive Bharat Bhise has a uniquely global perspective on private investments. In his conversation with MarketCurrents, he shares his outlook and concerns for the family office at the start of the new year.

What are the macroeconomic threats you foresee in 2020 that investors should be aware of?
We’re going to have a war economy. It could be an actual war, or worse. A trade war (which we already have with China paid for entirely by the American farmer [and ultimately the taxpayer]) or a cyberwar, of which I think at least three (Russia, China, Iran) already exist. This is a dangerous world and, more importantly, uncharted territory.

In recent years I’ve seen the rise of cyber threats across the investment world. It’s a persistent problem that nearly every investor or asset manager faces. Being attacked could be an embarrassing thing to talk about, which is why I believe many cases have probably been under reported.

In 2019, asset prices across the board had a record year. Wall Street analysts who spoke to Bloomberg said expected returns would be much lower in 2020 as price appreciation reverts to the mean. Do you agree with this assessment?
I do agree with Bloomberg. The leverage ratios and multiples have escalated, which has made the environment overvalued.

That being said, I’m an investor focused on cash flow and good management. If I see an opportunity to invest in a company with healthy cash flow and a fantastic management team, particularly in the logistics or financial technology industry, I’m always looking to work with them.

Are there any imminent opportunities emerging in 2020?
As I said before, the geopolitics and macroeconomics are concerning this year. So, I prefer countries with stable rule of law and robust democracy. India, for example, has weathered the recent storm very well because the government has been proactive in solving problems that might have originated in their own administration.. This is the first time, at least in my memory, I’ve seen a government make sophisticated moves like slashing the personal and corporate tax rate to encourage capital spending – instead of increased taxing and deficit financing. Also, the emerging crop of entrepreneurs 30-40 years of age in India seem to be charting a new course for the country’s business culture, making it more of a meritocracy.

China will need to significantly address its governance and transparencies and reduce/downsize their SOE’s.

I’m also interested in Singapore generally including its government paper because the country stands out as an exceptional performer in not only the region but the world. Added to which I expect a big migration of Hong Kong firms to Singapore.